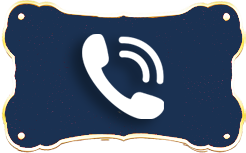 She Entrepreneurship - She Era

Need for Speed: Most Wanted

The competition will be followed in a tournament mode, i.e. there will be three rounds, through which the participants will be eliminated. Each game will consist of 4 players out of which the first two who completes the race will be selected to the next round

All those who finish 1st will be selected to the next level. Participants can choose only the first 5 basic cars and aren’t allowed to change the performance or modify the car.

There will be 4 participants in this round and each player will be given 5 minutes. In the given time the participants can select any car and do any modifications or any improvement changes. There will be no third place. The first two positions will be the qualifiers.

This will be a league match and the participants will be divided into groups A, B, C, D, etc. depending upon the number of participants and each participant can play 3 matches. The one who qualifies the group match will be selected to the quarter finals, then to the semi-finals and then to the finals.

Rule: Any of the following rules can be changed without prior notifications:

Tactical shield use is forbidden.

The following are considered as cheating:

The tournament rules may be subjected to change at short notice on the spot.